U.S. Immigration and Customs Enforcement (ICE) imprisoned a high record of up to 52,000 people per day in 2019, yet information on conditions of confinement is extremely limited. One of the least understood practices is solitary confinement, leading scholars to describe the practice as a black box within a black box.1  Being placed in solitary confinement often means an immigrant is locked in a windowless cell, alone for 22-23 hours each day, sometimes for weeks or months at a time, and often with long-term negative effects.2  3  Indeed, the United Nations argues that solitary confinement in excess of 15 days should be banned, and should never be permitted for individuals with mental illness, because it can amount to cruel, inhuman, or degrading treatment, or even torture, in violation of international human rights standards.4 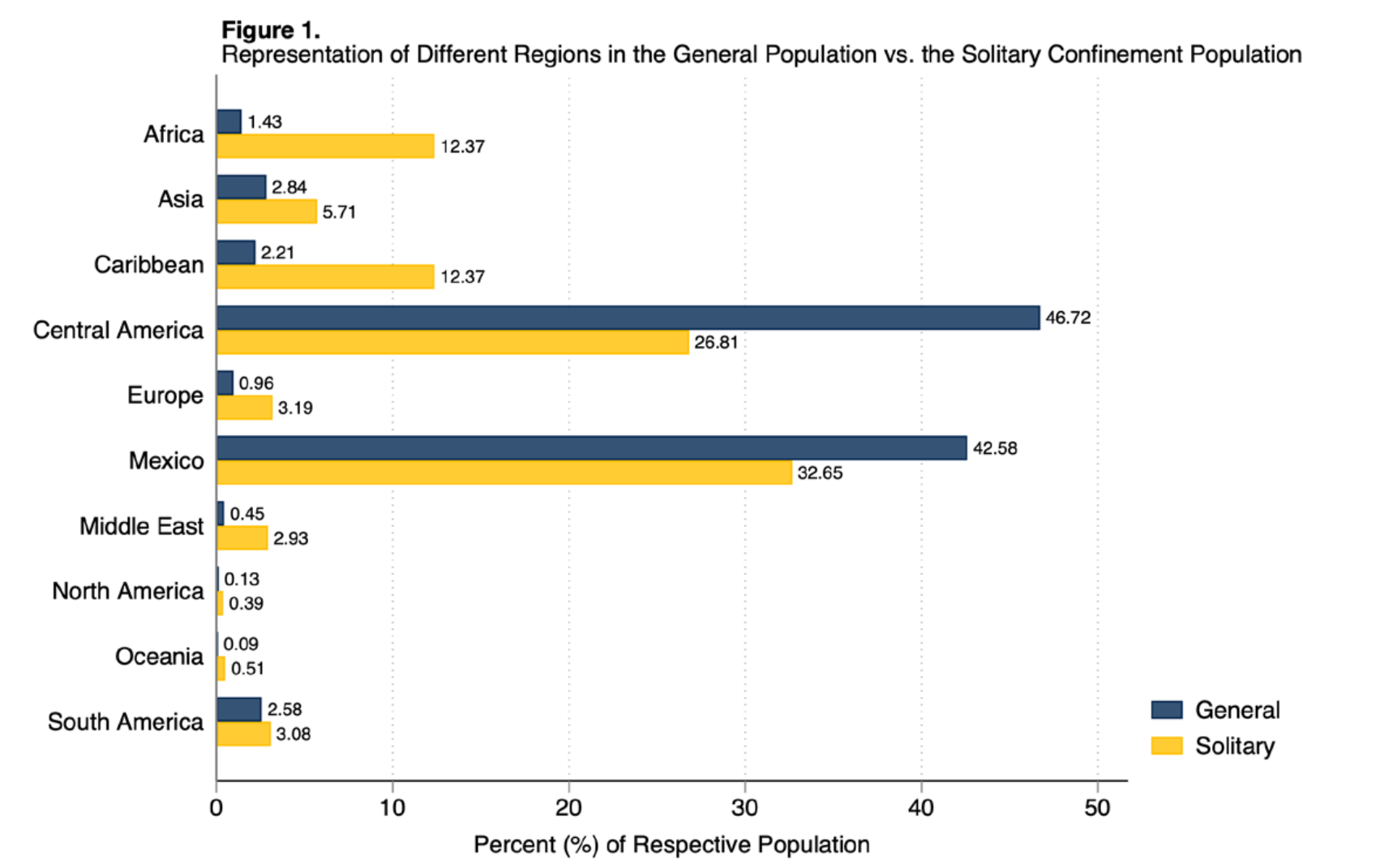 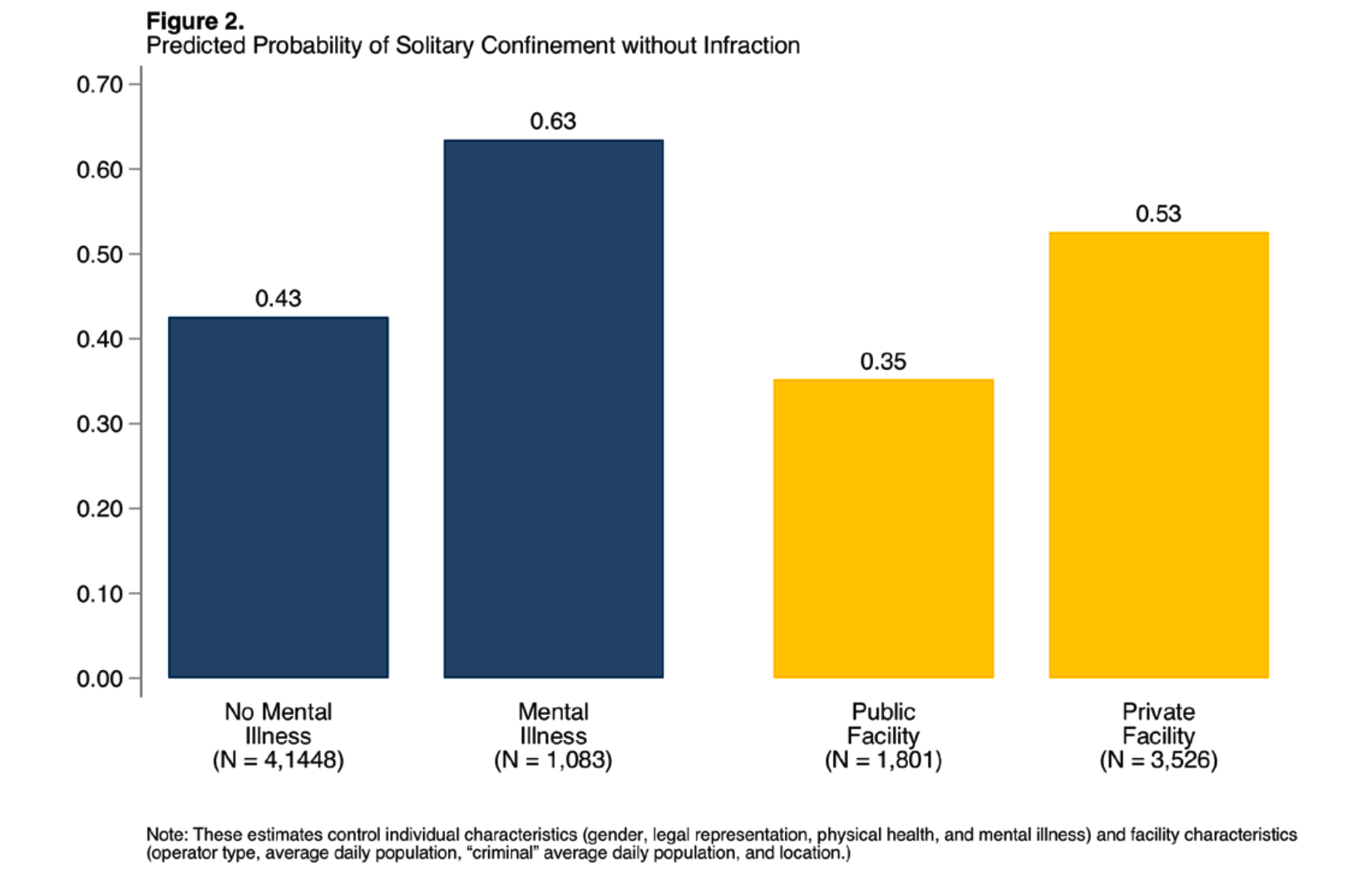 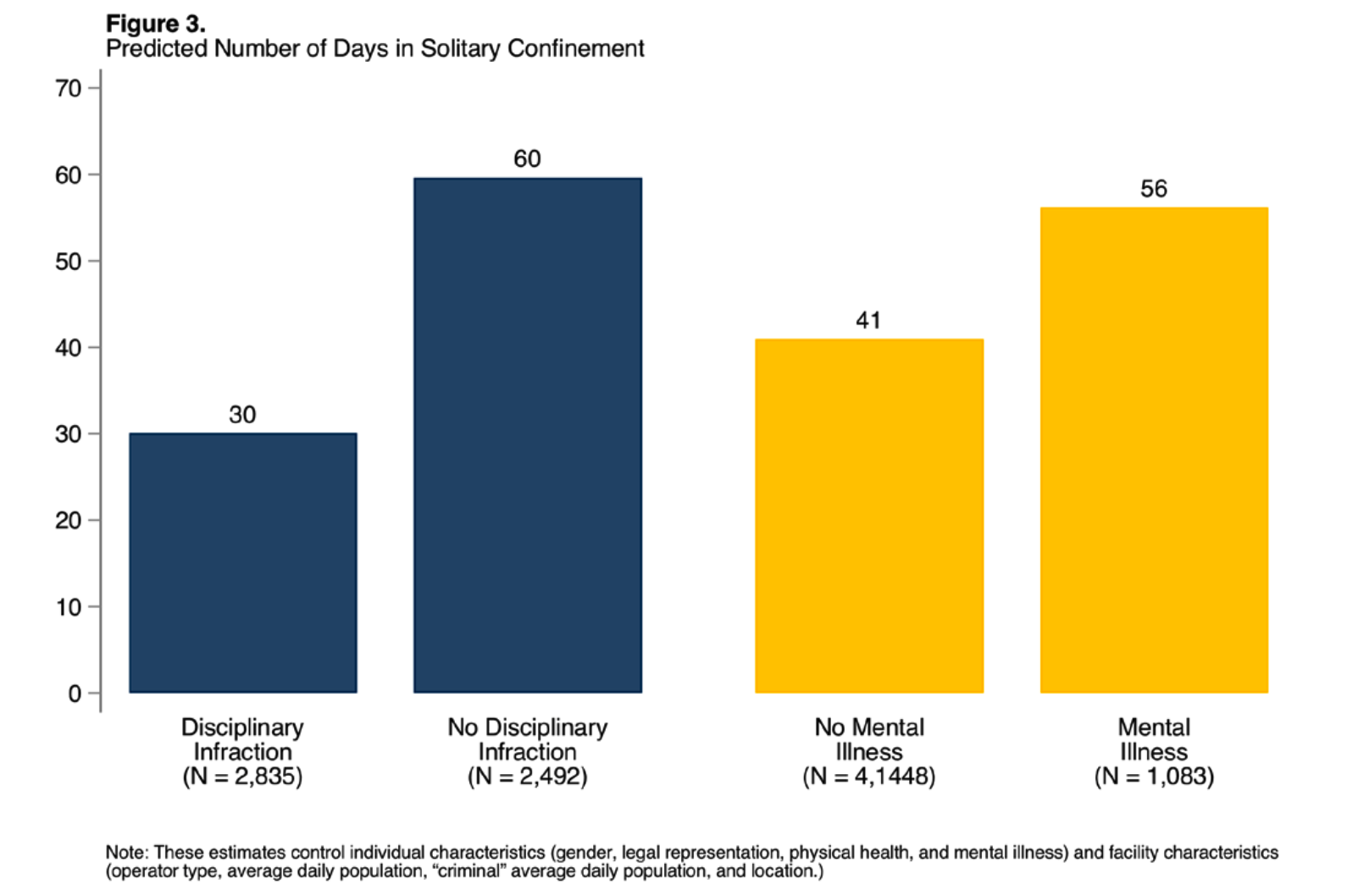 Figure 3 shows the predicted length (in days) of solitary confinement. Cases involving individuals with a mental illness are predicted to last more than two weeks longer, on average, than cases involving individuals without mental illness (56 vs. 41 days, respectively). Cases that are initiated without a disciplinary infraction last a month longer, on average than cases with an infraction (60 vs. 30 days, respectively).

Documenting and analyzing solitary confinement use in immigration detention is timely and salient, especially given the serious human rights violations associated with the

• The federal government should follow guidelines8  from the United Nations regarding solitary confinement, dramatically limiting lengths-of-
stay, if not abolishing the practice

altogether, especially for the most vulnerable detainees, such as those with mental illnesses.

• As long as the practice continues, the government must establish increased oversight:

– Data on the frequency and characteristics of solitary confinement should be made regularly and publicly available in order to more easily track patterns and mitigate harm.

– ICE should establish more robust procedural protections to ensure that detainees know why they are being placed in solitary confinement, have regular reviews of their placement, and have opportunities and resources to challenge these placements.

• Government oversight agencies should interrogate the disproportionate use of solitary confinement among immigrants from Africa and the Caribbean.

• In the absence of federal policy to ensure oversight, states should mandate that facilities within their borders comply with federal guidelines and adhere to the basic detention standards outlined in their sub-contracts. States can use their powers to require oversight of facilities within their borders. California’s AB 3228, signed into law in October 2020, is an example of such legislation.