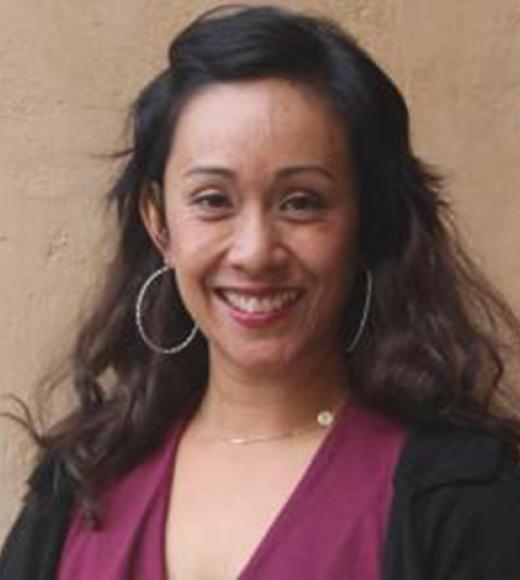 Professor Rodriguez’s research is broadly concerned with understanding how processes of globalization, particularly international migration, impact the societies that migrants leave and the societies to which they move.  Her book, Migrants for Export: How the Philippines Brokers Labor to the World (University of Minnesota Press, 2010), won an Honorable Mention for Best Book in Social Science by the Association for Asian American Studies. Professor Rodriguez's co-authored book, Asian America: Sociological and Interdisciplinary Approaches will be published by Polity Press in 2014. Currently, she is finishing a book entitled In Lady Liberty's Shadow: Race and Immigration in Post-9/11 New Jersey to be published by Rutgers University Press in 2015.

Rodriguez’s background in Asian American studies informs her actions as an activist. Asian American studies emerged out of student movements that raised questions about access to institutions of higher learning and the politics of knowledge production. These movements, moreover, demanded education and scholarship that was relevant to communities that have been long left out of the university. Professor Rodriguez is very much inspired by that tradition. She uses the skills she has developed as a researcher to contribute to communities and is currently working closely on different projects with the National Alliance for Filipino Concerns.

Robyn Rodriguez's Commentary on California Ethnic Studies Curriculum Bill Featured in The Sacramento Bee and Breitbart News
August 23, 2019
As debates over which communities should be represented in California’s first ethnic studies curriculum intensify, a bill that would require that the curriculum be taught in high schools is being delayed. Professor Robyn Rodriguez said it appears that many groups criticizing the draft curriculum, such as Jewish, Hellenic, and Armenian groups, misunderstand the academic field by “thinking of ethnic studies as being about ethnicity.”
Robyn Magalit Rodriguez Interviewed by Re:Work Radio
April 30, 2019
Professor Robyn Magalit Rodriguez interviewed about the circumstances in the Philippines and the US that drive Filipinos to work abroad.
Professor Robyn Magalit Rodriguez Publishes Introduction in the Journal of Asian American Studies
February 07, 2019
Professor Robyn Magalit Rodriguez Publishes Introduction to "Guests and Strangers: Asian Workers in Transnational Perspective" in the Journal of Asian American Studies
MRC Faculty Symposium
August 21, 2018
In the MRC Faculty Symposium, the associates of the research cluster will present their research in a compact and thought-provoking way. They will touch economic, social, legal, and political themes linked to migration as well as historical and human-cultural ways of looking at this phenomenon.
Robyn Rodriguez interviewed for project Welga! Filipino American Stories of the Great Grape Strike of 1965 featured in California Humanities
April 24, 2018
Robyn Rodriguez's main goal is to bring Filipinos’ leadership and engagement in the Delano Grape Strike to light through the creation of a publicly accessible website which would include 15-20 oral histories and filmed interviews, as well as the collection of photos, documents, and other ephemera.
In Lady Liberty's Shadow: Race and Immigration in New Jersey
November 21, 2017
Based on her work as an engaged scholar and drawing from critical ethnic studies approaches, Robyn Magalit Rodriguez explores the impact of anti-immigrant local ordinances on a range of immigrant groups living in varied suburban communities.
Robyn Magalit Rodriguez will speak at Institute for Research on Women at Rutgers
October 19, 2017
Robyn Magalit Rodrigeuz will participate in a panel titled "Organizing, Resisting, Surviving" on Thursday, November 2, 2017.
21st Century Coolies? Migrant Labor and the Law Symposium
October 18, 2017
This symposium, which brings together interdisciplinary scholars and activists together, seeks to explore the contours of the “coolie” experience in the 21st century to uncover its racialized as well as gendered nature, and the role of governments in perpetuating the coolie system.
Robyn Magalit Rodriguez to speak at Monash University
October 17, 2017
Robyn Magalit Rodriguez will speak at a lecture-forum entitled "De-Colonizing Filipino Migration Research" on October 27, 2017.
Sydney Migration Workshop hosted by UC Davis & the University of Sydney
August 15, 2017
This UC Davis – University of Sydney faculty migration workshop focuses on social justice and migration.
Professor Robyn Rodrigez’s book "In Lady Liberty's Shadow" was published by Rutgers University Press
July 27, 2017
Rutgers University Press published Professor Robyn Rodrigez’s book "In Lady Liberty's Shadow: The Politics of Race and Immigration in New Jersey".
Becoming a Migrant at Home: Subjectivation Processes in Migrant-Sending Countries Prior to Departure
July 13, 2017
Authors: Robyn Rodriguez and Helen Schwenken. This paper examines the complex interplay of actors and practices involved in migrant subject-making processes paying close attention to the pre-employment temporary labor migration process step by step from screening, recruitment, pre-departure training up to employment-matching.
Aoki Center Spring Speaker Series
July 06, 2017
Join King Hall faculty to discuss critical perspectives on first year classes.
The Global Market of Unskilled Labor: A Research Conference
June 23, 2017
This conference aims to stimulate research and discussion on the formation, dynamics, and consequences of the participation of migrants in the emerging global informal economy; as well as the economic, political, and social implications that such participation presents for migrant receiving and sending societies.
Transnational Citizenship Across the Americas
June 21, 2017
Author: Robyn Rodriguez. The essays included here draw from a range of disciplines and inter-disciplinary perspectives that focus on migration between the United States and countries in Latin America and the Caribbean which in recent years have been transformed into ‘emigrant states.’
Robyn Magalit Rodriguez interviewed by Capital Public Radio regarding Welga Project
October 29, 2015
Professor Robyn Magalit Rodriguez, also director of the Welga Project, was interviewed by Beth Ruyak for Capital Public Radio regarding the Welga Project's event celebrating the 50th anniversary of the beginning of the Delano Grape Strike.
Robyn Magalit Rodriguez co-sponsors the 50th anniversary of the Delano grape strike
September 03, 2015
This event will highlight Filipino-Americans' leadership and contribution to the strike and its impacts for Filipino-American community.
Robyn Rodriguez interviews with Voice of America about her book Migrants for Export
September 01, 2014
In these excerpts from their conversation, she talks about investigating how and why the Philippine government actively prepares, mobilizes, and regulates its citizens for migrant work abroad.